Please find instructions on how to obtain additional key fobs for the Northwood Pointe Meadowood Pool.

The following individuals were not elected to serve as Directors:

In regards to the IRS Revenue Ruling 70-604 results, of the 1857 votes cast by the Delegates on behalf of the membership, 1,532 votes were cast in favor of applying excess income to the following year’s assessments, 24 votes were cast against and 301 votes were cast as abstentions.

Please find instructions on how to obtain a Key Fob for the Meadowood Pool, for those that missed the March Key Fob distribution.

Please find instructions on how to obtain Key fob to the Northwood Pointe Meadowood Pool.

Members may contact Management at tduhoux@keystonepacific.com to receive a copy of the Notice of the Annual Meeting and Candidate List.

The Board of Directors approved to reopen the Northwood Pointe pool for recreational swimming beginning Saturday, November 14th with the hours from 6:00 am—10:00 pm daily. Please continue to adhere to the CDC Guidelines by maintaining at least six (6) feet of distance from others and be courteous to others while in the pool area, at all times. Please wipe down anything you may have touched after use, and keep in mind that you are utilizing the pool at your own risk.

The Association is taking all steps to help mitigate the risk of contracting any known or unknown pathogens through routine sanitation cleaning and water chemical balancing. Despite that, there is always a risk and it is the responsibility of all those who enter the pool area to do what they can to help avoid a potential spreading or exposure to COVID-19. If you or anybody in your home is not feeling well, or has been around anybody who has been sick, please do not enter the pool area.

We truly appreciate your attention to this matter.

As you know, COVID-19 has impacted our world and all facets of life. The health and safety of Northwood Pointe members and their families has and always will be our top priority.

In accordance with the recent State amended guidelines released on June 5, 2020, temporary emergency rules were adopted to align with State and County guidelines related to Covid-19.

Due to the time needed for coordination of the required signage, social distancing measures and the logistics of arranging staffing, etc., the Meadowood pool will reopen on Friday, June 12th by reservation only with modified hours (7:00 am – 7:00 pm) daily.

Beginning Thursday, June 11th, at 5:00 pm residents will be able to navigate to the Premier Aquatics website to register and make a reservation:

Reservations are on a first come first serve basis, families and lap swimming are limited to one reservation per day, per household.

Please thoroughly read the attached Temporary Rules, as well as the Quick Guide to Register for Pool Access booking instructions. If you have any additional questions and/or concerns, please contact your community manager Teresa Duhoux, at tduhoux@keystonepacific.com.

Thank you to all for your patience and for helping keep our community members safe during this unprecedented time.

Adoption of Election Rules and Procedures

Please find a copy of the adopted Election Rules and Procedures adopted by the Board on January 13, 2020. It is recommended that this document be retained with your other property records for future reference.

Members may contact Management at tduhoux@keystonepacific.com to receive a copy of the Notice of the Annual Meeting and Candidate List.

Please click on the link below to view the community’s paint scheme adoption letter.

Our website’s new look, user-friendly navigation and responsive design are just some of the new features you will enjoy.

Residents can obtain the latest newsletter, board meeting minutes, forms, community rules and regulations and much more! Also, the management contact information is located under the Contacts Section titled Keystone Pacific. Don’t forget, you can also check your billing account by accessing the View Statement/Pay Bill page under the Navigation Menu. 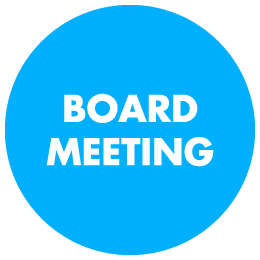 The Board of Directors meetings are normally held monthly on the 2nd Monday beginning at 6:00 p.m. and are held at the Keystone Pacific Office, Von Karman Plaza, 16775 Von Karman Ave #100, Irvine, CA 92606. The agenda will be posted at a prominent
View Calendar
Add